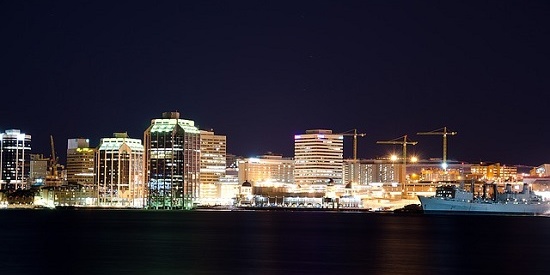 Each quarter, World Economic Outlook updates international financial institutions and reports that Canada has shown an economic growth rate of 2.5%. That is a substantial increase from the 1.9% from the spring outlook statistics. According to these statistics, Canada has the fastest growing economy of the G7 countries, and it has been gaining a steady momentum in this “on again/off again” economic situation.[/vc_column_text][vc_video link=”https://www.youtube.com/watch?v=BgI_v01XtAg” el_width=”80″ align=”center”][vc_column_text]The International Monetary Fund (IMF) had predicted the Gross Domestic Product (GDP) to be up some from the 2016 numbers; the numbers had increased somewhat, and the agency is expecting an increase in numbers forthcoming. Canada and the rest of the world have been picking up momentum in economic growth over the past several months. Canadian Visa Expert can help with your immigration documents so you can move to Canada to take advantage of its booming economy.[/vc_column_text][vc_column_text]However, the IMF has lowered the projection for U.S. growth to just 2.1% for 2017 and 2018, which is a decrease of 2.3% for 2017 and 2.5% for next year. There is little confidence in the Trump Administration that these percentages will increase and boost the economy as had been promised.

Canada’s second-quarter 2017 numbers are in, and these numbers indicate a 0.9% increase in wholesale trade during April and May. This is an increase from the 0.6% increase in monthly retail sales from the previous report. Contact Canadian Visa Expert today to learn if you are eligible to move to Canada to live, work, and study.[/vc_column_text][vc_raw_html]JTNDc2NyaXB0JTIwdHlwZSUzRCUyMnRleHQlMkZqYXZhc2NyaXB0JTIyJTIwc3JjJTNEJTIyJTJGJTJGY2RuLnBsYXlidXp6LmNvbSUyRndpZGdldCUyRmZlZWQuanMlMjIlM0UlM0MlMkZzY3JpcHQlM0UlMEElM0NkaXYlMjBjbGFzcyUzRCUyMnBiX2ZlZWQlMjIlMjBkYXRhLWVtYmVkLWJ5JTNEJTIyYjE3YTUyOTEtY2E0Mi00MDVkLWE1NzMtZGRjYmU2NzkzOWY0JTIyJTIwZGF0YS1pdGVtJTNEJTIyZTUyYTAyNzYtNDAwZi00NzA0LWE3NWEtOWM2M2MwNTRlYWY3JTIyJTIwJTIwZGF0YS12ZXJzaW9uJTNEJTIyMiUyMiUyMCUzRSUzQyUyRmRpdiUzRQ==[/vc_raw_html][/vc_column][/vc_row]