5 Reasons to Live and Work in Canada

One of the main reasons that people prefer Canada is its diversity. Of Canada’s 338 members of Parliament, 41 were born overseas. In any large city in Canada, you will hear other languages being spoken as well as various national food options. This makes Canada an easy country in which to work and live. The overall culture of Canada is easy to fit into and if you are willing to meet new people, you will quickly make friends and feel a part of your new country. If you need help moving to Canada, CanadianVisaExpert can help you receive your work visa. 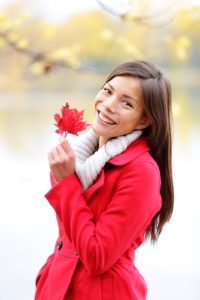 The healthcare system in Canada is one of the best in the world. It is free to all eligible residents and is funded by the Canadian government. Each province is allotted a budget for healthcare that allows for distribution of health cards. Expats may also be granted a health card, but check with an agency such as CanadianVisaExpert to be certain. Because the Canadian healthcare is nationally funded, some procedures may require a wait time, but it’s certainly worth it to have such great care that is free and handled by some of the best providers in the world.

Canada has one of the strongest economies in the world. Its banking system has been voted the most stable by the World Economic Forum. This means that residents of this fine country can enjoy financial security.

Canada has been known for many years as a very safe country, particularly when compared to the United States. The gun ownership is much lower than in the U.S. and violent crimes are very rare. Those wanting to move to a safer place should contact CanadianVisaExpert to learn how to get a work visa into Canada. Canada enjoys a very high global reputation and has been named as the sixth happiest place to live in 2016.

Canada has the advantage of a wealth of natural resources including oil, gas, uranium, gold, iron ore, and copper. Central plains are perfect for farming, which is used for the growth of wheat and other cereals as well as wood. In addition, the country enjoys a rich tourist season, with visitors coming to see elk, whales, polar bears, and the beautiful Northern Lights.

More than 250,000 people move to Canada each year, proving that it is a great place for anyone desiring better living conditions. Those desiring to move to Canada should consult with CanadianVisaExpert for information on obtaining a work visa. These are just five of many reasons that you should consider moving to Canada.

Next“3 Rules Before Choosing an Immigration Expert for Canada”Next